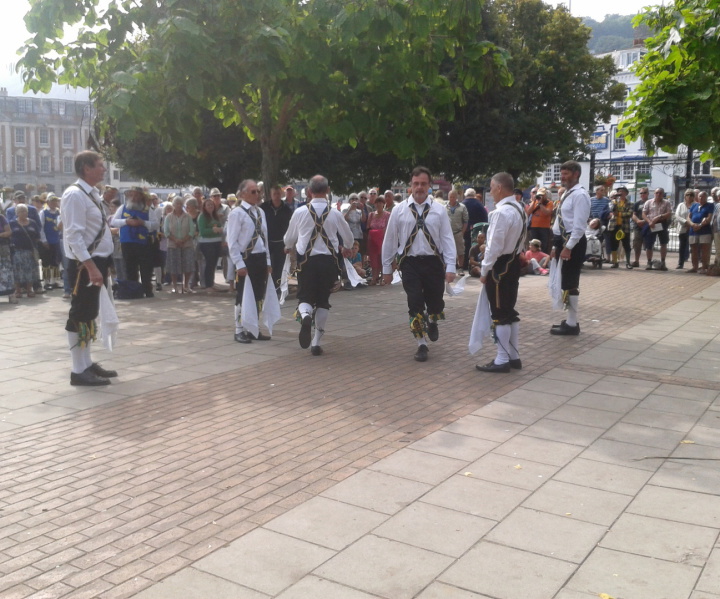 is an active Morris side covering dance venues as far as Lynton to the West and Bridgewater to the East. They were formed originally in 1965 as a men only side and after four years hard work achieved a high standard of dance which led them to being accepted into a Morris governing body known as the Morris Ring.

A number of successful international tours were made that included the USA, Czech Republic, Germany, France and the Channel Islands.’

Despite the weather the Morris sides danced outside  the Esplanade Club at Watchet,  followed by the forcourt of the Washford Inn,  at Minehead Station and finally at Dunster Yarn Market. The day finished with a feast at the Bicknoller Inn.

See the Gallery page for a selection of the many photos. To identify the 3 sides (WSM,TVMM, GSMM) and location hover cursor  over a photo.. 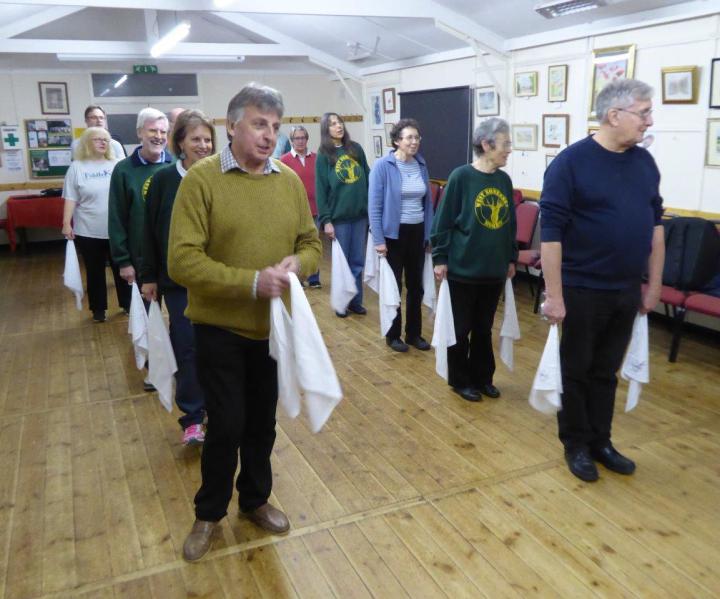 The project was a great success and the 'West Somerset Border Morris' was formed.

If you are interested in joining us, either as a musician or dancer, or both we look forward to hearing from you. Contact details are on the contact page.

Dance Out at Dunster Yarn Market

The West Somerset Morris celebrated Boxing Day with a programme of dancing and music followed by the enactment of a traditional Mummers Play at the historic medieval Yarn Market, Dunster.

See the Gallery page for  photos.

We practice from September to April at West Quantoxhead Village Hall on Thursday evenings.

Lively music is provided by a variety of musicians kept in in order by music maestro Edwin Spring. 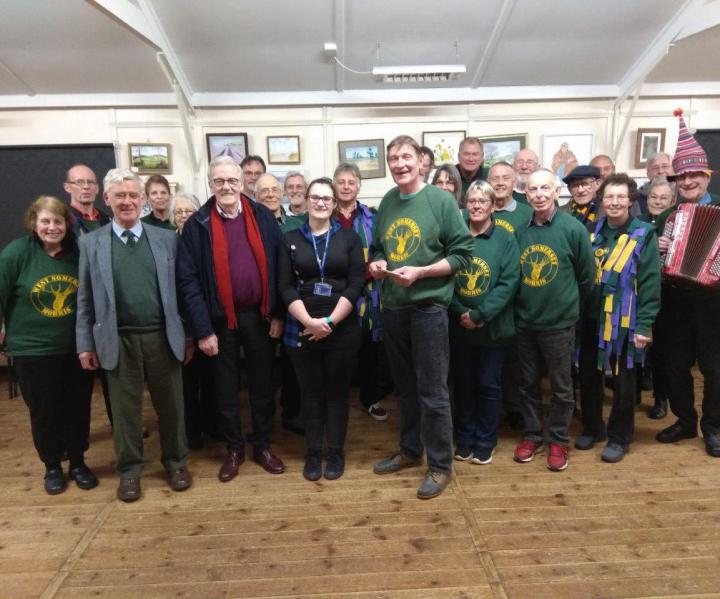 In order to get back back into shape after such a long break, within the Covid-19 rules, the West Somerset Morris commenced outside practice sessions from May through to July. Although rather stiff and rusty, the dancers soon got into their stride with leaps and bounds.

The Morris  dancers took a brave step and began dancing out at two venues in July: Washford Inn and Bicknoller Inn.

This was followed by dancing out at the Bird in Hand at Bishops Lydeard, the Carew Arms at Crowcombe, the Rest and be Thankful at Wheddon Cross and then at Burrowhayes, Luccombe.

See Photos on the Gallery page. Hover cursor over a photo to see the date and location.